One argument I used to give in favor of fixing public schools from the inside out was the immense scale. Yes, you can start a new school model locally, but things will not turn around until you get most public schools to adopt a solution. That is why so many models have come in the past, but either has become a local success or just faded away as they couldn’t scale it.

In addition to the scale, another reason this is hard to make a school-dependent solution work is the misaligned incentives. Monetizing your product from the school budget is one challenge. If you come up with initiatives to disrupt the system itself, that needs funding, which cannot come from the same system as it will be equivalent to self-disruption. This is also where most of the nonprofit initiatives stall to make the change widespread. A successful change maker has to be a well-funded venture with association with the right investors who join for the long haul.

1). It is hard to build a successful school reform strategy from the inside because of the scaling challenges and misaligned monetization incentives. The best strategy is to create alternate cohort-based models.

2). We should keep scalability in mind to avoid success silos in only affluent areas. The solution should be tech-enabled.

3). We should re-write the curriculum for 21st Century skills education.

Over the past several years, my core focus has been 21st-century skills in young adults. We are long due for a revised curriculum that breaks free from the hyper academic focus and prepares our kids for an uncertain future.

1) Physical fitness – Sports, Yoga or some self-defense skill – because a healthy mind lives in a healthy body.

2) Stress Management – Breathwork, mindfulness, clarity of thinking. Because the future is uncertain and the best outcomes are a derivative of a calm mind.

3) Communication (Written, Verbal) – Communication, both written and verbal, is the most important skill of the day. If you can do wonders and cannot communicate, did it ever happen? Writing also leads to clarity of thinking.

4) Financial Freedom – So much originality and innovation are killed because kids out of college get into this 9-5 rat race just because they are in hurry to find a job and pay student loans and bills. Kids between 16-20 years of age should be taught about becoming financially free by the time they turn 20 so that they do not need to worry about making a living and maximize their full potential.

5) Personal Branding / Finding a voice: In today’s day and age of the internet and social media, four years are more than sufficient for someone to build a personal brand, find a voice and become financially free by the time they hit 20. What is missing is the guidance that ideally should be provided by the colleges. This takes care of #4 as well.

6) Leadership, compassion, creativity, curiosity – For a sustainable future we need to create empathic and compassionate leaders who lead with their why and are curious about everything. Cultivating these leadership qualities is vital in the formative years.

In the coming days, as I build upon this futuristic curriculum, I will write about each of these elements in detail.

Previous articleTransforming K12 by focusing on the Context 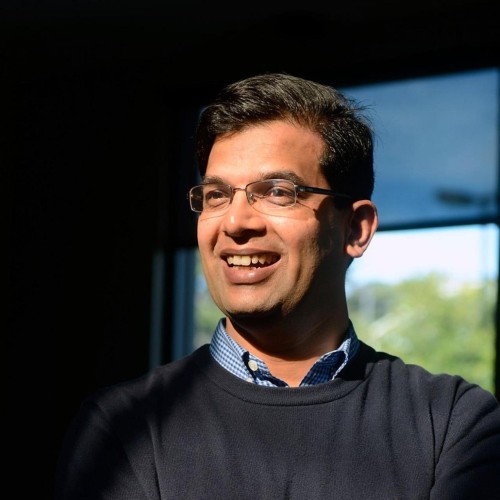 Transforming K12 by focusing on the Context